"The prostitute is the scapegoat for everyone’s sins, and few people care whether she is justly treated or not. Good people have spent thousands of pounds in efforts to reform her, poets have written about her, essayists and orators have made her the subject of some of their most striking rhetoric; perhaps no class of people has been so much abused, and alternatively sentimentalized over as prostitutes have been but one thing they have never yet had, and that is simple legal justice." - Alison Neilans (1884-1942)

If there is one lesson that the history of sex work makes very clear it is this; people have always been willing to buy and trade sex, and no attempt to abolish the selling of sex has ever been successful, it has only served to stigmatise sex workers and place them at far greater risk. Throughout history, sex workers have been exiled, outlawed, mutilated, murdered, shamed, and been forced to work in unsafe and dangerous conditions.

Globally, sex workers remain one of the most marginalised and vulnerable social groups, forced to live outside the law; this has to stop. Criminalising any aspect of sex work makes workers vulnerable to abuse. The health, safety and legal equality must be prioritised above any outdated moral objections to those who chooses to sell sex.

Whores of Yore supports full decriminalisation of sex work between consenting adults, that does not involve coercion or abuse; likewise, anyone exploiting or abusing sex workers must be criminalised. A victim of sex trafficking is not a sex worker; they are a victim of trafficking and rape and must be protected under international law. The continual conflation of sex work with sex trafficking minimises the trauma and abuse of trafficking victims, and perpetuates a narrative of sex work victimhood that denies sex workers autonomy. Sex trafficking is not sex work. The International Labour Organization (ILO) estimates that at least 52.6 million men and women forced to work as domestic workers across the world, yet no one is calling for domestic workers to be made illegal, because there is a clear difference between someone who is forced into slavery, and someone who chooses to do that work. The difference is consent, and sex work is no different.

You can read Amnesty International Policy on State Obligation to Respect, Protect and Fulfil the Human Rights of Sex Workers (2016) in full here.

The working practices, regulation and safety of Internet-based sex work in the UK

Teela Sanders, Jane Scoular and Rosie Campbell give a short (6 minute) outline of the project in this video. The team outline how the increasing use of technology in sex work impacts upon its regulation, how adult sex work is currently policed, and the extent to which the police and other agencies interact with the online market. They also outline the methodologies and engagement strategies to be employed during the course of the three year project 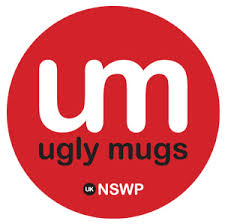 National Ugly Mugs (NUM)
FIGHTING STIGMA, SAVING LIVES
National Ugly Mugs (NUM) is a pioneering, national organisation which provides greater access to justice and protection for sex workers who are often targeted by dangerous individuals but are frequently reluctant to report these incidents to the police.  These offenders are often serial sexual predators who pose a huge risk to the public as a whole.

The Global Network of Sex Work Projects (NSWP) exists to uphold the voice of sex workers globally and connect regional networks advocating for the rights of female, male, and transgender sex workers.

NSWP is a membership organisation. Our members are local, national or regional sex worker-led organisations and networks across five regions: Africa, Asia and the Pacific, Europe, Latin America and North America and the Caribbean.

NSWP’s work is based on three core values:
http://www.aboutmaleescorting.com/
​As we are talking about male escorting, we want to capture the full dimension of this phenomena. This includes males who offers services to both other males and females. We acknowledge that male escorting is mostly about men who have paid sex with other men and our research has largely focused on this dimension of sex work. Our blog, that describes the existing websites, shows that the majority of these are sites marketed for men. Likewise, research shows that gay identifying men form a large percentage of escorts and clients. But there are a significant number of escorts who either offer services to other men or women or male clients who are not gay or women.
We make several assumptions, directing attention to the future possibilities in sex work: that sex work will be decriminalised across the globe (in some place this reform will occur in our lifetime, in others not); that as a result, stigma around paid sex will be lessened and same-sex relations will be legal in most or all nations and widely accepted (although this will be a slower political and public civic right issue in some states); and that people will be more comfortable with the diversity of sexualities, probably debunking the old lines between heterosexuality and homosexuality. We do not wish to affirm that one sexuality is superior or inferior, one more legitimate than the other, or both are the same. We acknowledge that people express their sexual selves and freedom with great diversity and embodiment of their world views.
​
Hopefully this context will lessen the need to segregate information for people into separate boxes and move the agenda beyond coping with the effects of stigmatisation to how stigma can be eliminated. We don’t want to over-dwell on marginalisation, even though it is a reality experienced in everyday living as we speak, particularly for gay men. We do want to extend a dialogue on male sex work to existing and new and untapped audiences on this topic and create forums that assist in the deconstruction and removal of stigmatisation.